We are currently carrying some renovation work on our website but we will come back soon full of new content and exciting updates. Apologies for the inconvenience. We will do our best to minimise the disruption.

We are creating a group repository at https://github.com/molecular-neuroimaging for sharing our codes and programs with the rest of the brain imaging community.

And if you need assistance with anything please do not hesitate to get in touch!

“Vincent van Gogh was one of the most influential artists of the Western world, having shaped the post-impressionist art movement by shifting its boundaries forward into abstract expressionism. His distinctive style, which was not valued by the art-buying public during his lifetime, is nowadays one of the most sought after. However, despite the great deal of attention from academic and artistic circles, one important question remains open: was van Gogh’s original style a visual manifestation distinct from his troubled mind, or was it in fact a by-product of an impairment that resulted from the psychiatric illness that marred his entire life?”

In this paper, a team of scientists from our Neuroimaging and Computational modelling groups quantitatively analyze the brushwork of his large production of self-portraits using the image autocorrelation and demonstrate a strong association between the contrasts in the paintings, the occurrence of psychiatric symptoms, and his simultaneous use of absinthe—a strong liquor known to affect gamma aminobutyric acid (GABA) alpha receptors. They propose that van Gogh suffered from a defective function of parvalbumin interneurons, which seems likely given his family history of schizophrenia and his addiction to substances associated with GABA action. This could explain the need for the artist to increasingly amplify the contrasts in his brushwork as his disease progressed, as well as his tendency to merge esthetic and personal experiences into a new form of abstraction.

Viribus Unitis (Lit. “Union is strength”) is becoming more and more important to tackle the challenges of modern experimental medicine research. For this reason, in collaboration with Cardiff University and other academic institutions across the world we launched the PET Partnership UK (PPUK). PPUK is a platform built to share recourses and expertise for PET imaging. It aims to be an open and democratic community to help scientists working in PET when no local support is available.

Research on brain glymphatic system and its function continues in Multiple Sclerosis and Depression. Our group has been invited to present the latest findings at the ARSEP annual meeting on “Imaging (G?)lymphatic Drainage in Multiple Sclerosis” (ICM, Paris) and at the NIMA consortium face2face workshop (Academy of Medical Sciences, Wellcome Trust, London). A couple of methodological publications are on their way, with the hope to develop a sensitive and effective imaging method for measuring this system in the living human brain.

For further information please follow the link. And if you have any question do not hesitate to get in touch!

The fast development of digital technologies in the last decade resulted in the production of small, yet very powerful, portable computers that are now available to more than 2 billion people on earth. Smartphones are swiped, tapped, clicked and typed more than 2000 times a day and their use is now way beyond the initial phone-call and messaging purposes. Smartphones are now used to stay in contact with people, explore new places, for entertainment, and even to order our late-evening meals. Researchers around the world are developing projects that aim to analyse our smartphone usage information, such as location, activity and social contact, to better understand how we behave, think and feel in the moment. This information has the potential to be used to detect mental health issues early, before they become more serious and long-standing.

Complete this survey to help us understand what people think about the use of smartphones as research tools!

Many thanks in advance for your participation.

An idea of Dr Mattia Veronese and Dr Stefania Tognin 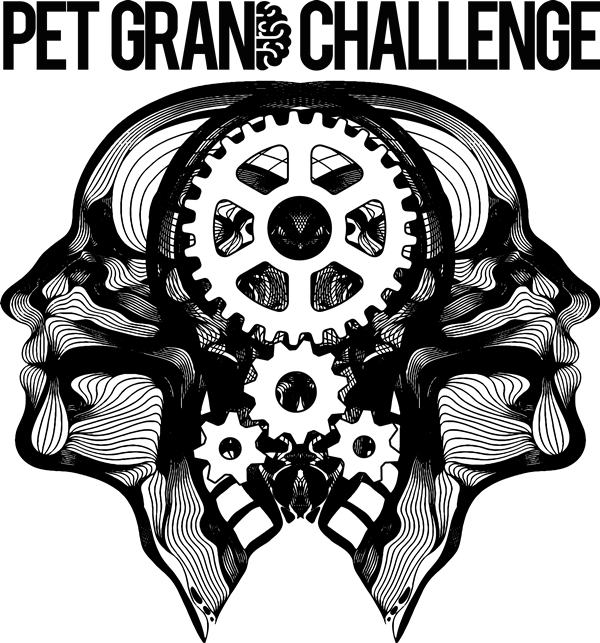 The NRM2018 PET Grand Challenge dataset has now been fully released. This dataset aims to provide a normative tool to assess the performance and consistency of PET modelling approaches on the same data for which the ground truth is known. Specifically, the challenge aimed at evaluating the performances of different PET analysis tools to identify areas and magnitude of receptor binding changes in a PET radioligand neurotransmission study. Simulated PET data and reference values can be freely downloaded from NITRC portal. Full details on the type of data and simulation procedure are also reported.

Are you running automatic arterial blood sampling in a simultaneous PET/MR scanner? Are you struggling to cope with the high-noise data from the blood sampler? If you answered YES to both questions than this research if for you. We extended an existing pipeline of blood modelling (called “MultiBlood”) to the analysis of arterial blood data obtained from MR-compatible samplers. We show that this method can filter out the excess of noise and return blood data time-activity courses comparable with the previous generation of blood samplers.

Welcome to our Molecular Neuroimaging research group, a joint research venture between the Neuroimaging Department at King’s College London & Department of Information Engineering at University of Padua. Here we wish to share our research on brain imaging biomarkers, experimental medicine studies and drug trials.

Due to Covid-19 outbreak face-to-face short courses have been suspended until further notice. Hopefully we will be able to resume them soon. Stay Safe!